The process of permanently identifying dogs is not new. Tattoos have been used for this purpose for many years. More recently, microchips have come onto the scene and are gaining acceptance as a means of identifying dogs, other pets and livestock.

A tattoo is a visible means of permanently identifying an animal. Horses are traditionally tattooed on their upper lips. Dogs are tattooed on the ear flap or on the inside of their thighs. A special tattooing pen for locations other than ears or a livestock tattoo device is needed to apply a tattoo. There is no special equipment required to read a tattoo, although time can decrease its readability. Tattoos can also be altered or rendered unreadable. Since tattoos are relatively easy to apply and read, many people use them and have their own system of numbers and letters to uniquely identify individual animals. There isn’t one universal system or requirement of how tattoos should be numbered and registered. If a tattooed dog escapes, recovery is unlikely unless that number is registered somewhere to the owners.

A microchip is a chip about the size of a grain of rice that is implanted underneath the skin between the shoulder blades in dogs and cats. In birds, microchips are implanted in the left pectoral muscle. In horses, they are implanted along the left side of the neck. Chips are not readily visible and while they require no special equipment to implant, a scanner is required to read them. Microchips are difficult to alter and they are available from multiple sources. Migration of the chip from the original implant site can be a problem and dogs and cats that are scanned should be checked first in the region of the shoulders with the scanner then dropped to either side and down the front legs in case the chip has moved. Many veterinarians provide microchipping as a service. Microchip clinics can be found at some shelters or dog events. The owner of the animal or the person implanting the chip will need to register the chip with a database so that the animal can be reunited with the owner. Unregistered microchips are as useful as unregistered tattoos. A number can be found, but there will be no information stored anywhere regarding the dog or its owner.

There are a few options for registration of either microchips or tattoos. Some states will maintain records of permanently identified dogs. Permanent identification could also be noted with the local animal control facilities. Tattoo-A-Pet is a national organization that registers tattoos only. AKC’s Companion Animal Recovery (CAR) program will register information on any animals that are tattooed or microchipped. The chips can be from any company. Information regarding CAR can be found on AKC’s website at www.akccar.org. Most microchip manufacturers maintain a registry as well.

Which dogs should be permanently identified? The AKC requires some form of identification on dogs for proper kennel records. If the kennel’s dogs don’t wear collars, then they must have some kind of permanent identification on them. If microchips are the ID, then there must be a scanner on the premises. Tattoos must be a unique combination of numbers and letters. Some people use the dog’s registration number. That would probably work ok for a Newf, but the entire Yorkie would end up covered in a tattoo! AKC also requires that a dog be permanently identified in order for OFA clearances to be linked with the dog’s registration number on pedigrees. OFA will still evaluate films from dogs that are not permanently identified, but will issue a number indicating that the dog has no permanent ID (PI vs NPI). The Canadian Kennel Club requires permanent ID in order to fully register a dog. They do not require permanent identification for an Event Registration Number (ERN). Persons that travel should consider identifying their dogs in case of an accident or that the dog escapes. Breeders could microchip puppies and keep the registration in their name in the event that the dog ends up in Rescue or at a shelter. They could then retrieve their puppy instead of wondering what might have happened to the dog belonging to the family they can no longer locate. Rescue groups should chip dogs that they place for the same reason. The dog can be retrieved if it ends up in a shelter.

Who should be searching for permanent identification? Anyone that comes across a stray dog should check it for permanent ID, either a chip or a tattoo. Veterinarians presented with a dog that somebody found should scan that dog if they have a scanner available. If they don’t have a scanner, the owners should be directed to the nearest animal control facility or shelter. Shelters, government animal control groups and humane societies should all be checking for permanent ID, even if they don’t take in stray animals and only accept owner surrendered animals. Most major microchip producers provide free scanners to non-profit organizations if a facility is scanning dogs. It does owners no good to microchip if their animals aren’t being scanned. Purebred dogs or dogs that appear to have been cared for shouldn’t be the only ones scanned or searched for permanent ID. Cats can be microchipped as can birds or randomly bred dogs. A Newfoundland that hasn’t received regular grooming for even a week or two, won’t be quite as presentable as a recently groomed dog. It might even look a bit rough, but should still be checked for permanent ID.

Permanent identification of dogs is a useful tool for the pet owner and breeder alike. Costs tend to be minimal and one time. There is little to no change in the physical appearance of the dog and the potential of recovering your pet if it is lost is increased significantly.

Did you find this article helpful? Share with your friends 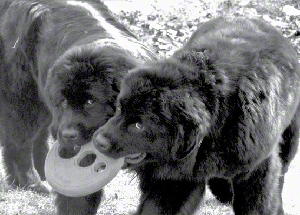 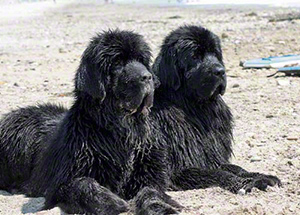