Like many of you, we have over the years trained our dogs to respond to voice commands and hand signals. Sometimes one or the other was the main effort and the other a backup. When our Winston developed glaucoma and lost one eye and some of the sight in his other, we reverted to almost only using voice commands. In fact, we probably doubled the amount of voice commands that were used regularly.

In addition to the basic, sit, stay, come, out, off, time to eat etc, there were lots of directional commands to indicate going to the left, having to back up, avoiding an obstacle and other helpful hints that aided his mobility. We became a very talky household. I don’t think that we intended to switch so completely to only one method of communicating with our dogs but it became easy to use the same system with all of them not just the one with a special need.

As they were older and not in the throes of early training it just evolved into the simplest way to work with them both. They were quick to pick up on the directional cues and became quite adept of moving in the direction we wanted and to avoiding things in the yard.

Then along came a new puppy and somehow, he was only trained with voice commands and the very occasional hand signal. The training class we went to was very voice specific and in fact did not tolerate hand signals. He became a voice only dog. It never occurred to me that this might be a problem moving forward. His recall was great, he did well with walking, his social skills were developing and everything seemed good.

In January of this year I underwent a Larygectomy to remove a large tumor from my larynx. This saved my life but meant learning to speak with a prosthetic and having a totally different voice than my dogs knew. Immediately after the surgery my ability to speak was greatly limited and the process of learning to manage the prosethic is a time consuming one. Clearly there needed to be a reversion to using more hand signals to manage the dogs. Smokey had no issue with remembering the hand signals and clapping to get his attention. Felix, the former puppy not so much!

Over the last few weeks we have struggled to create a new means of understanding. Attention by clapping, introducing hand signals for specific things, training them to recognize an unfamiliar voice and combining all of these to formulate a method of having a safe and effective system. We so take for granted that the original training we do with our dogs is enough, but truly it is never just enough there is always room for more.

While most of you will never have such a dramatic change in your circumstances even a severe cold can compromise our vocal abilities. Knowing that your dog will respond to something other than a voice is important.

Did you find this article helpful? Share with your friends 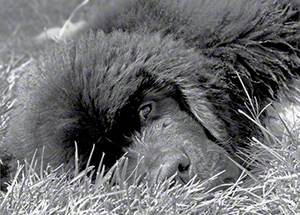 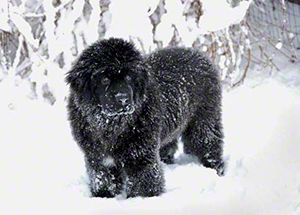